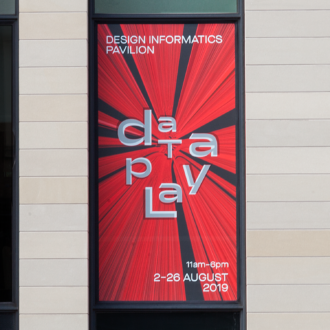 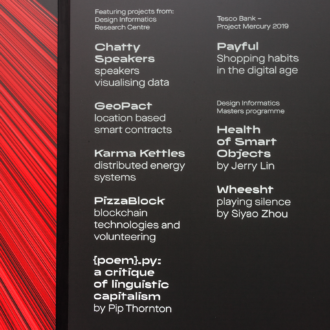 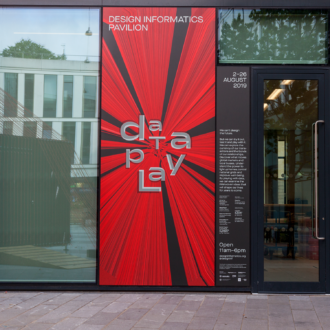 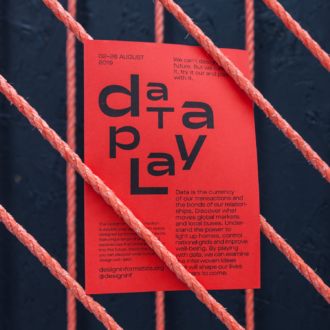 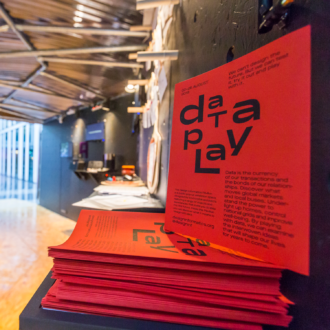 Leaflets in-situ inside the pavilion 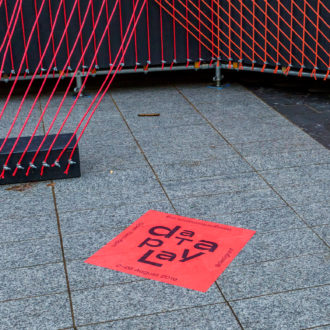 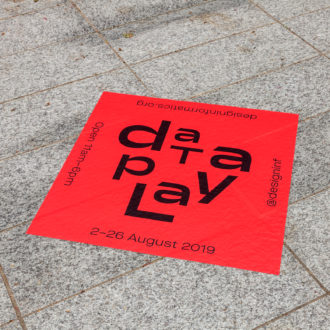 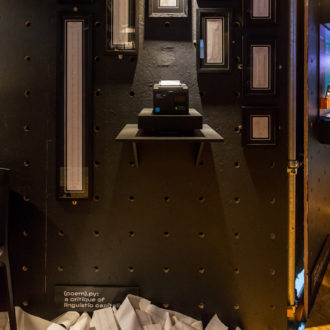 Interior view with exhibitors signage at the bottom. 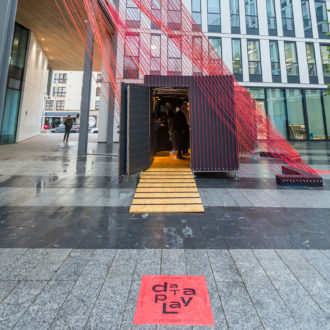 Peak15 was approached by DesignInformatics to create the exhibition identity for the 2019 Pavilion, a pop-up exhibition format DesignInformatics developed in 2016 to showcase research by students and researchers. This year the Pavilion was placed in the Bayes Centre Courtyard with this year’s theme »Data Play«. It featured a range of objects and experiences inviting you to step into the future. The exhibition is interactive, mixing design with technology and exploring a number of themes aimed at provoking discussions on what it means to ‘design with data’.

Biomorphis architects created the design of the pavilion considering the visualisation of data and how it may look at a macro scale. For the pavilion they considered ropes to represent wires/cables highlighting the way data travels.

Images of white noise were used as the basis for the key visuals responding to the brief as well as the architects work. These tiny pixel arrangements were digitally distorted to create fine lines of data strings leading to the centre of the image. By that not only a sense of space within banners was created yet it also drew the viewer in as the strings lead the eye forth and back from the edges to the centre of the visual. A strong typographic and playful exhibition identity was created to accompany the visual and as well as carrying the identity across all media.

3m and 2m window banners were placed in Bayes Courtyard and on Potterow street to attract audiences and give further information on the exhibition. Floor banners with a reduced identity and social media were further placed in areas with high footfall in the vicinity.

We also commissioned and worked closely with Bob Murrison for the introductory copy.