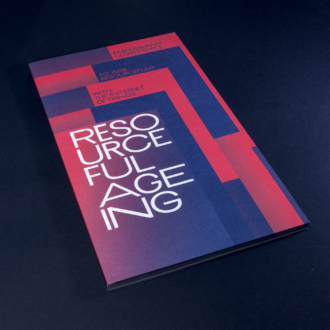 The design for the book cover shows both a preview of all chapters (varying sizes on the inside) as well as embodying the concept of changing circumstances within ageing. 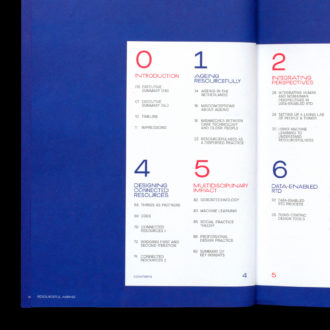 Custom typeface is applied for chapter headings. It shows the smallest format of the book too. 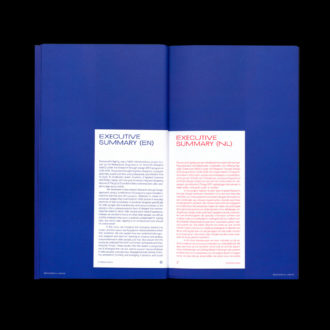 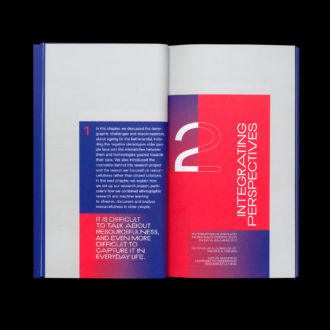 Each chapter has it’s own format and so the book visually grows/adapts as it progresses. 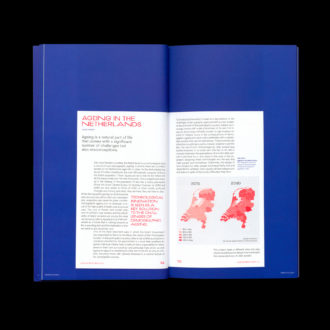 Ageing in the Netherlands

Background research and Gerontology in the Netherlands. 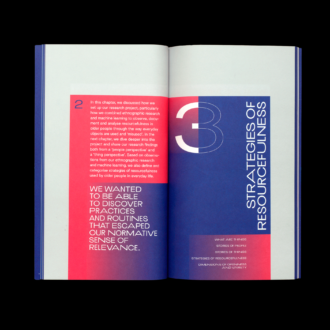 Each chapter has its own format, so the book visually grows and adapts as it progresses. 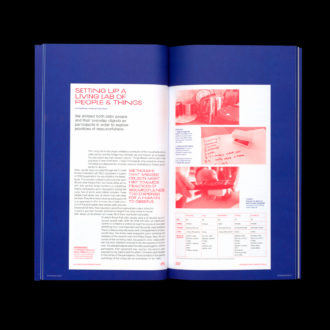 Setting up the Living Lab in the participants homes by placing sensors on objects of their choosing. The data will later be fed into a Machine Learning algorithm trying to make sense of behavioral patterns. 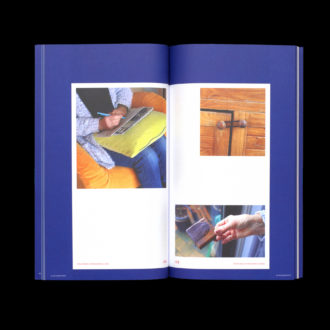 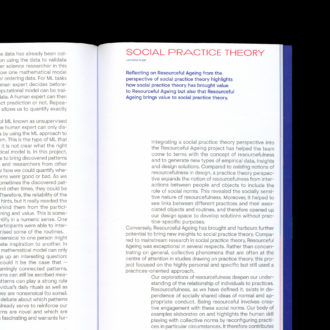 Reflection on the project

Chapter 6 is a reflection on the different fields and their view on the project. Each research field has a dedicated page. 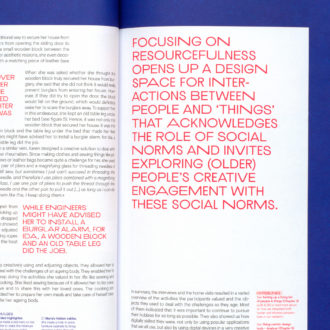 Pullquotes set in the custom typeface

A typeface was adapted to conceptually and visually convey the changing environment and circumstances of elderly people and how they adapt at every stage. 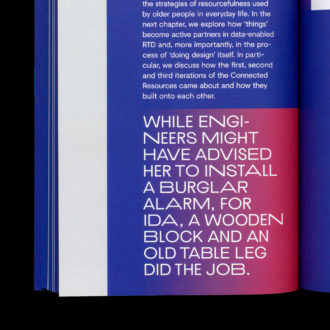 Every chapter also closes with one key notion typeset in the custom typeface. 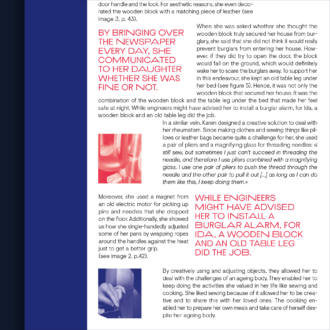 The participants voices are highlighted with the custom typeface.

Resourceful Ageing was an interdisciplinary project that explored a wide range of subjects around the topic of ageing, focusing in particular on what elderly people can still do and on the strategies they put in place to adapt to their changing circumstances. Ethnographic research and social-practice underpinned the fieldwork, highlighting both the stereotypes around age and many of the products designed for the elderly which fail to meet their needs.

The project brought together designers, computer scientists, social scientists and professional practitioners from TU Delft, TU Eindhoven, Avans University of Applied Sciences and Philips Design. The team developed a data-enabled Research-through-Design approach, using a combination of ‘designerly experimentation’, machine learning and ethnographic fieldwork to create and prototype designs that would support older people in everyday practices of resourcefulness. As such, they created designs that would bring agency back to the elderly, letting them choose how and when to employ them.

The design concept was primarily based on accepting and embracing changing life circumstances, and on focusing on new strategies to adapt. It was crucial to create a bold look and feel for the book, embodying the creativity and individuality the subjects showed throughout the research interviews. We adapted a typeface to create up to 30 new uppercase letters that varied in width illustrating this notion of slow and quick life adaption throughout the book, which were prominently used for chapter headings and pull-quotes. The layout also reflected this sense of change or growth, by using the ‘book in a book’ layout approach. A duo-colour scheme in red and blue seemed appropriate to create a coherent thread across a varied body of research, while conveying the right tone.

Resourceful Ageing was funded by the Netherlands Organisation for Scientific Research (NWO) under the Research through Design (RTD) program in 2016–2018. The book featured a design prototype by Masako Kitazaki (Connected Resources), which won the NGI Award 2019 Excellence in Next Generation Internet for ‘outstanding contribution to a better digital life’ in the category Research and Education. The project was presented at ThingsCon and RTD2019.