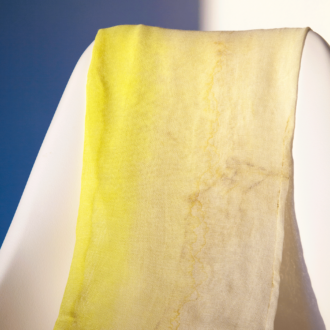 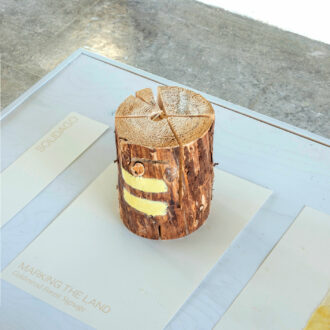 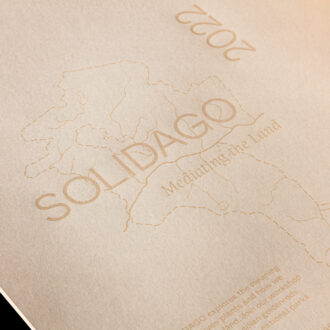 Canadian Goldenrods are regarded as invasive species in Switzerland. The Pfyn-Finges Nature park offers workshops on Neophytes. The map shows the perimeter of early 2022. 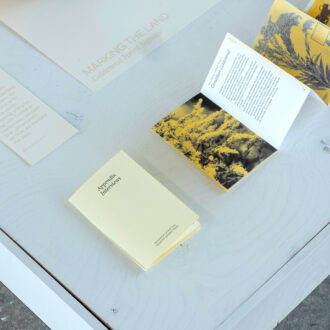 ONGOING PROJECT: In 2007 Switzerland released a black list with banned invasive species which were to be removed from its sovereign land. Among them was the Canadian Goldenrod, a neophyte, or as the Swiss media began to refer to, the so-called » silent conqueror«. Swiss citizens were called to action to collectively remove the plant aided via digital technology such as geolocating apps to track the plant across public and private land.

The yellow plant was indeed once an innocent stowaway travelling to Europe after 1492, only to be consciously planted in the 16th century onward as a honey plant and in botanical gardens. In its native country Canadian goldenrods have been used by indigenous communities for teas and tinctures to treat kidney issues and sinus infections. While seemingly ignored in Europe, there is indication that it may have been used to treat wounds possibly leading to its Latin name Solidago–derived from soldare–“to make whole again”.

The quiet guest usually favours disturbed areas such as wetlands and it can be found alongside train tracks, where the wind created by passing trains becomes effectively a means of pollination, of carrying the seed across the land. Over the years the non-native goldenrods populated not only their designated lands, but began to spread and compete with »native« plants effectively suppressing their growth.

Complete eradication of the »invasive« Canadian goldenrod appears unlikely according to Erwin Jörg, nor are industrial scale design solutions per se. Rather than accepting the annually created waste from neophytes, how might design open up the conversation about native vs. non-native plants and address the key question at heart, namely biodiversity? How will we mediate the land in the future?